Posted by ralfast on September 3, 2012 in On writing 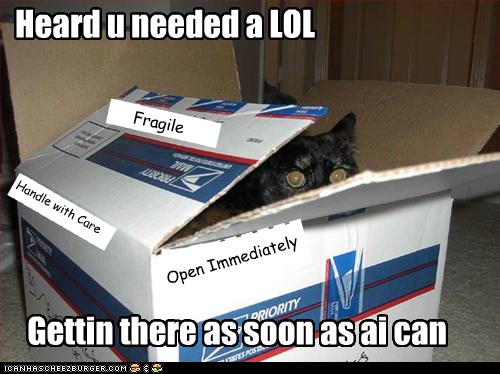 Tweet of the Day: Leviathan and the Death of Hope

Shadows, eh? Let see what our friends in the Other Wiki have to say about them:

In Jungian psychology, the shadow or “shadow aspect” may refer to (1) the entirety of the unconscious, i.e., everything of which a person is not fully conscious (2) an unconscious aspect of the personality which the conscious ego does not recognize in itself. Because one tends to reject or remain ignorant of the least desirable aspects of ones personality, the shadow is largely negative. There are, however, positive aspects which may also remain hidden in ones shadow (especially in people with low self esteem).[1] Contrary to a Freudian conceptualisation of shadow, therefore, the Jungian shadow often refers to all that lies outside the light of consciousness, and may be positive or negative. “Everyone carries a shadow,” Jung wrote, “and the less it is embodied in the individual’s conscious life, the blacker and denser it is.”[2] It may be (in part) one’s link to more primitive animal instincts,[3] which are superseded during early childhood by the conscious mind.

According to Jung, the shadow, in being instinctive and irrational, is prone to projection: turning a personal inferiority into a perceived moral deficiency in someone else. Jung writes that if these projections are unrecognized “The projection-making factor (the Shadow archetype) then has a free hand and can realize its object–if it has one–or bring about some other situation characteristic of its power.” [4] These projections insulate and cripple individuals by forming an ever thicker fog of illusion between the ego and the real world.

Interesting. Shadowlands are about setting, as opposed to psyche. A dark reflection or counterpart to an exiting place.  Shadowlands can only be understood in comparison to another place. A good example can be found in DC comics: Metropolis vs. Gotham.

Metropolis is the idea city. Often seen by day, full of working, middle class and upper class people. They are shopping, working, talking, living in the light of day. And the hero of city mirrors the environment. He is the epitome of good & law. A stalwart public figure that represents the best mankind has to offer even if he himself is alien.  In his private persona he is a reporter whose job is to uncover the truth and bring it to light.

Gotham is a dark decrepit city. Crime ridden, defiled by corruption and predatory to the extreme. It’s hero us a creature of the night, born out senseless violence and isolated by his wealth/psyche. He embraces the darkness and uses it as a weapon against evil.

Of course, these archetypes just beg to be subverted, averted, play with. Even the shiny city on the hill can be owned by a sleazy corporate executive while doing public acts of kindness. And brave police officers defy the corruption inherent in the system and struggle to make a difference in the dark dank alleyways of the lowliest slums.

Also beware the easy comparisons such as city vs. countryside or surface vs. underground. This is about exploring the human psyche as reflected by the environment not the literary equivalent of a matte painting.