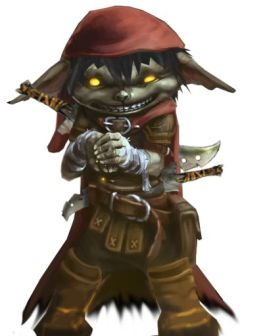 Tower of Ashal the Magnificent, 3rd High Moon of Harvest…..

I waited….and waited…and waited, because the old man would not get out of the damn room. “Take a shit on a pot ya old geezer”, I thought. Instead he arranged things, moved things, lifted things, dropped things, oh and dusted.

And dusted some more.

“Don’t wizards have like spells for this shit?” I though to myself, as my nose tickled from the dust. I should have shanked the old man. But you know if ya shank a man, ya gotta hide the corpse. So I didn’t shank him. Then he made a beeline for the kitchen. I opened the broom closet door. It creaked louder than ma Ma when that paladin stabbed her in the cave.

The sound of stir fry came from the kitchen.

“Damn, I’m hungry.” I thought. The sooner I finished the job, the sooner I could get me some grub. So I climbed the spiral staircase to Ashal’s lab. Her door was ajar. I slipped in and saw my target with her back to me. Her red long hair spilled over the table that she gripped with her hands. Her arched back exposed her slender neck. Her moans….Her moans? Yes her moans. Which, yes, I should have asked myself why was she moaning. But I didn’t. Instead I jumped on the oak table, grabbed her by the hair and sliced her neck open.

Done and…well…not done, because a young apprentice spilled out from underneath Ashal’s voluminous robes. The mousy brunette, her lips wet, stared at me. I stared back. She screamed. I screamed back. She utter a furious incantation. I jumped down from the table. Out of a cloud of sulfur and brimstone stepped out a bullheaded man-thing with bat wings and a nasty bloodstained spear in hand. In front of the door. So out the window I went. Yes, out of a thirty foot drop into the not so deep pond of the tower’s back garden.

Yeah, the brunette shouted some more things at me.

And yeah, fire rained down from the window.

And yeah, I ran like my life depended on it.

Told my master about it. He laughed, I laughed. His giant pet frog laughed. I hated that frog.