Posted by ralfast on October 30, 2015 in Opinion Piece 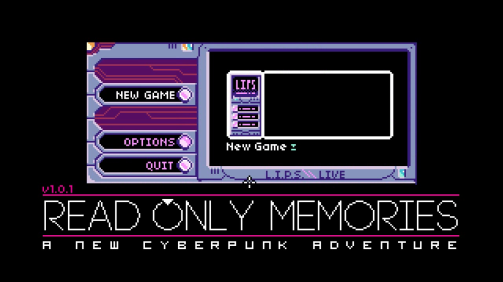 Tweet of the Day: A Review of Read Only Memories: A New Cyberpunk Adventure

Torgersen often notes in interviews that he’s been married to an African-American woman for 21 years, so “I don’t need some know-it-all to come lecture me about race stuff,” he tells me. Torgersen says the Hugos are beset by identity politics—and are the poorer for it: “When people go on about how we’re anti-diversity, I’m like: No. All we’re saying is storytelling ought to come first.” (From WIRED Magazine Article, Sci-Fi’s Hugo Awards and the Battle for Pop’s Culture Soul)

The quote above encapsulates a common refrain against diversity in media. To accommodate or explore the lives of others outside the “norm” (heterosexual white males view of the world) will mean that the stories will suffer from it.

Critics will fling out terms like quotas, and tokenism and while they can be valid critiques, they are often valid because the writer in question screwed up their attempts at diversity rather than an inherent problem with a diverse cast of characters and situations. Tokenism occurs when authors don’t use their characters and don’t explore their situations. Bad writing occurs when authors fall back on lazy stereotypes and fail to do the research. Bad storytelling occurs when authors don’t learn from the criticism and play it safe for the benefit of an ever shrinking audience.

Diverse writing makes for better media, not worse. It introduces new ways of seeing things, alternative visions of the world and reflects much larger realities than we are willing to explore. That is the essence of great storytelling.

And while I have argued against storytelling in video games, there is no denying the power of a good story, as the Tweet of the Day shows. Check out Read Only Memories: A New Cyberpunk Adventure. It is one heck of a ride in a queer future.