Posted by ralfast on October 11, 2015 in Science Fiction 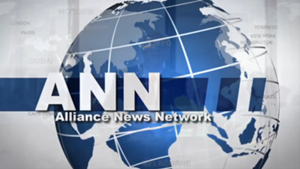 Tweet of the Day: Oh The Agrro: When Characters Go Off Script

From the Alliance News Network Legal Desk on the Citadel

PRESIDIUM, CITADEL– After preliminary legal maneuvering the trial of Alto Olsen (see: Operation Hammerfall Ends) begins on the 25th of this month. Olsen, also known by his wartime nom de guerre Stryker, is charged with multiple counts of conspiracy, terrorism, treason, murder, illegal human experimentation, and crimes against all sentient life. The charges stem from Olsen’s betrayal of the late Admiral Anderson as a part of a ploy by Cerberus to gain control of the Crucible during the Battle of Earth and subsequent work with the human supremacist organization in the years since the Reaper Invasion up to and including participating in a war of aggression against the Terminus colony world of Chav.

Olsen entered a plead of not guilty to all charges and refused several plea deals offered by the prosecution. In an unusual move, Alliance prosecutor Amanda Alvaro, refused to ask for a jurisdiction deferment from either the Citadel Council or allied governments interested in trying Olsen. Deferment means that other governments accept the Alliance justice system plenary powers to try, convict and sentence the person in question. It also activates a form of double jeopardy in that since other governments accept the ruling of the Alliance courts on this particular case they in turn give up the right to try the accuse in their legal systems. While some legal experts see this as a lack of confidence by Alvaro that she may not get the best result, it can also be used as a bargaining chip in plea deals with the accused. There is also the matter of Cerberus’ links to the Alliance government, specifically the Alliance Military’s intelligence/special forces communities as well as multiple mega-corporations. Allied governments are under no obligation to obey secrecy laws not enshrined in the Citadel Charter, which could expose these groups to embarrassing revelations if said governments launch their own public inquiries on Olsen’s criminal activities.

In other legal news, the trial of Jan’Eso vas Tremblin hangs in the balance (see: Legal Brief for 01-05-2197) as the jury has failed to deliver a clear decision. Tremblin is accused of the murder of the batarian businessman Kha’dan Hark in retaliation for the bombing of the Laranthos Institution, a prestigious all asari school on the Citadel and the death of Tremblin’s seventeen year old daughter, Lansandra. While the trial by jury in the Citadel only requires a simple majority of the jurors to agree, unlike the 12-0 system used by the Alliance, expert agree that the defense played masterfully into both lingering hatred of batarian terrorist and post-Invasion sympathy for the quarians as well as the gruesomeness of attack on the school. Today will be the third day of deliberation for the jury. If they can not meet a simple majority on the charges, the judge will suspend the trial and may even vacate the charges.

← Adventurer! Enough with the Running
TV Tropes Monday: Taking You with Me →