Posted by ralfast on September 8, 2014 in On writing 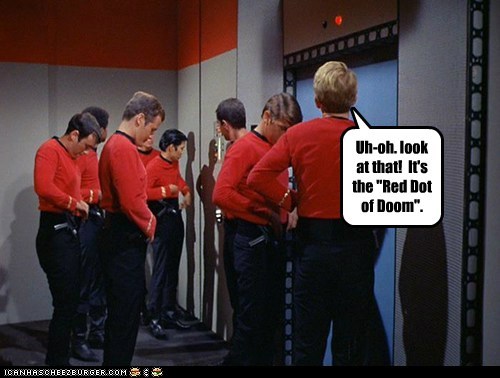 Tweet of the Day: It’s a Caturday Snippet!(Fluctuations Expert)

Space is an Ocean so at some point brave heroes or villainous raiders will want to board your ship, space station or asteroid.

And enter they will…wait that was a very bad pun…shame on me. But this trope is one of the reasons why so many space operas have hand guns and swords, sometimes at the same time. Hand guns or other infantry firearms can be used in the confined spaces of star ship, but if for some reason the walls are too thin or the guns to powerful then some old fashion swashbuckling will do. Remember to do a lot of Flynning will you’re at it. Of course if you happen to have a laser sword that can cut through diamond, it might be safer to stick to a firearm.

The trope page mentions several ways to pull a successful (or at least attempt to) boarding actions. Ships can come alongside each other (like in the age of sail), shuttles can attached themselves to the target’s hull (like a rescue submersible), you can beam yourself aboard (Red Shirts first), and you can shoot a hollowed missile at the ship with a few Space Marines aboard to fight the good fight.

Of course you also have the boarding of a abandoned space hulk floating in the darkness of space. Did the ship had a malfunction and become a tomb for its crew or did someone/something dealt with them. A few minutes of silent corridors with nothing but human breathing as soundtrack can really amp up the tension. Makes the ensuing combat all the more meatier when they do meet the beast(s) in the deepest part of the ship.

Of course, this trope is harder to pull off on the, well, harder side of the Mohs Scale.  Space is really, really big, and ships could engage at thousands if not ten of thousands of kilometers, so sneaking in a boarding party would be hard to pull off. Even today, with ships festooned with all manner of sensors (mainly radar) that can detect and engage any and all targets at dozens of kilometers away making it easier to just lob a few dozen missiles their way and be done with it. Some special occasions, such as ships at anchor, restricted waters or in space dock might mitigate for this.

But once aboard, expect a white knuckle ride.