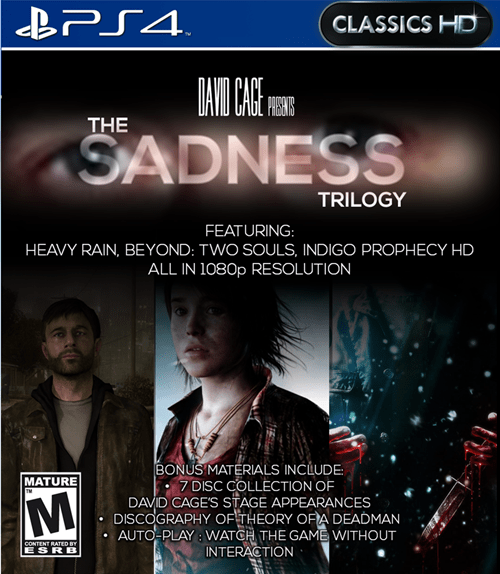 Tweet of the Day: How to Cure a CARDBOARD VILLAIN

This week theme turned out to be mostly military sci-fi. Nothing entirely new to the blog, but still, I may have overdone it a bit. This time around my muse carried a assault rifle on her shoulder, drank right out of the pipe of an illegal still and rode in an alien battlecruiser. In that spirit I bring you this week’s posts:

And of course, what would be the first full week of a month, of the year, without a blog chain? Not much, of course. So, see below for more details and enjoy!

Starting Date: Friday, January 10, 2014
Open to all forum members, even after it starts!

Whatever your definition of retro, gaming, or icons, now is the time to get your classic game on. Super Mario, Shigeru Miyamoto, the Atari 2600, Tim Schafer, Baldur’s Gate…any game or gaming-related icon is up for grabs! Or, if you like, invent your own! Entries may be of any genre so long as they are 1000 words or less.

The Space Marine dropped the rocket launcher. The hollow metal tube rolled along the ground, its smoking barrel exuding a faint smell of toxic propellant. The fifteen foot cyber-demon raised his giant arm cannon, but on seeing his foe meekly walk away realized what was going on. In the life of any player character came a point where existential angst took over. Modern games gave their characters snarky personalities and sexy NPCs to distract them from the tedious labor of running, shooting and killing, but for old timers like the Space Marine, well, he didn’t even get a cut scene to relax between levels.

The cyber-demon walked up to the Space Marine who sat with his back on an indestructible pillar of Hell, “What’s wrong buddy?”

The Space Marine shook his head an inch, all that his limited 2D frame allowed, “I’m done man, I’m done with all of this. Every day the same thing. Run around like crazy, shooting up the scenery and then when I finally kill you, you know where I end up? In Hell! No literally I go to Hell. I mean what the frack right?” The Space Marine continued with a loud groan, “And do I even get superpowers? Maybe even a sex scene to liven up my day? No, I’m lucky if I don’t run out of shot gun shells. No regenerating health, no sexy AI partners, nothing, man, nothing. I’m so done.”

Yep, a classic case of Avatar Blues, thought the cyber-demon. Of course, his lot was even worse. He had to wait around in a maze like cage and gun the poor bastard down, day in and day out. Sure, he played a lot of text adventures while he waited, but still, not the fun life. Yet he had a job to do, and by all the Dukes of Hell he would do it, gently, of course.

“Listen, you’re not a space marine, you are The Space Marine. You don’t need shields or cool starships. You are all grit and firepower my friend. No AI squaddies to get in your way. And you run faster than a goddamned cheetah. I know, I tried to catch up. Those guys can’t move an inch without getting tired. And that rocket launcher, you earned that. No microtransactions or trashy game breaking DLC. Nobody took your money with promises of invincibility and then nerfed the stuff in the next patch. And that sweet chainsaw, when was the last time you saw one of those unless it was stuck underneath the barrel of a stubby sissy gun and only works via cutscene. Those are are the poor relations, buddy. They are might be many who call themselves space marines, but they are not The Space Marine. Say it with me, YOU ARE THE SPACE MARINE!”

“SAY IT, YOU ARE THE SPACE MARINE!”

“I AM THE-” the Space Marine broke out laughing.

“Alright. Go ahead and blast me so I can reboot,” said the Space Marine.

The cyber-demon leveled his enormous arm cannon at the tiny green avatar and watched as the shell vaporized it into a cloud of pixelated gore. Then he went back to his starting point and waited for it to start all over again.

Read and comment on other participants’ posts if you possibly can–they’ll be doing the same for you! Please include a list of all participants’ blogs (not necessarily their actual posts for the month) in your blog post.

Archive of Past Blog Chains