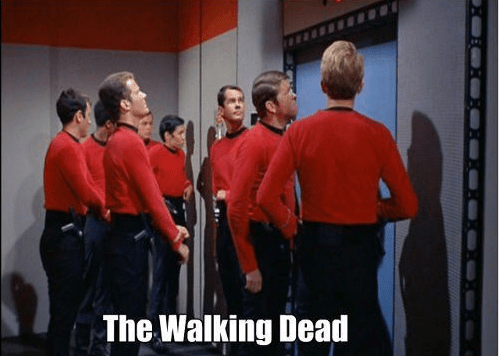 Tweet of the Day: The Nanny State Gone Wild in the UK

Deus Ex: Human Revolution is a prequel to the game Deus Ex, a cyberpunk first person shooter released in the year 2000. Like its predecessor, it deals with a vast conspiracy to control humanity’s future, in this case, the central question is whether or not humanity should embrace augmentation, the use of cybernetic implants to improve human performance (speed or strength for example) and extend human life.

Many an inexperience author will try to fill their mystery stories with a lot of red herrings, twists and turns that destroy the plot by trying to outsmart the reader. The game developers decided to split the puzzle into different pieces, giving each major player in the conspiracy their own take on events. They see the central conflict from varying points of view not all together different from the rest, but distinct enough to fit together into the larger picture and give the player competing accounts of events.

Another mistake authors make is the lack of proper foreshadowing. The fear is that you can reveal too much, too soon. Yet you need proper foreshadowing for things to fall into place. Think of each piece of information as a piece of a puzzle. The color scheme may hint at a pastoral setting, but without the proper context, i.e. the other puzzle pieces. But once you start linking the pieces, each gives context to the next. Deux Ex: Human Revolution starts with by dropping a ton of foreshadowing at the start and continues to do so throughout the game and each piece pays off handsomely when put together with the rest.

By balancing a simple concept and using proper foreshadowing, the game sets up it’s central mystery very well and serves as an example of the genre done right.