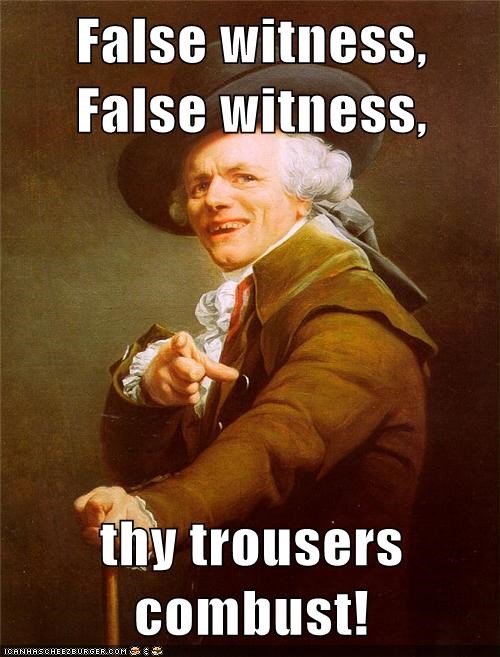 It’s just a …thing and that’s all there is, or so the speaker would like you to think.

But why? Why must we forgo an analysis of a give piece of art?

The first reason is that the piece in question doesn’t stand up to thorough analysis. It’s fluff. Funny, exciting fluff, but fluff none the less. Any analysis of it simply shows how little substance there is in the work. And guess what? I’m okay with that. Art is visceral. We all like stuff that stinks. But if that is the case, then any analysis of the subject is not for you. Don’t bother saying, “It’s just a thing”, just move on. You like, and that is good enough for me.

The second reason is that some people object to the analysis of any work within a larger social context. Simply put, any analysis that digs deeper into the forces in and around media, such as portrayals of women, minorities, socioeconomic inequalities, or histrionics needs to be squashed immediately.  The phrase is less, “Keep your filthy neurons of my media” and more, “Shut up, shut up, SHUT THE HELL UP!” while putting their fingers in their ears. This is simple anti-intellectualism. Why? Because the discussion on the subject may turn out some ugly truths, truths they really don’t want to hear, or for that matter, raise equally uncomfortable questions about the subject matter.

True, you can always find the odd critic who is shouting out of their ass, with the smell to match. But by no means should we simply bow down to those who, “Don’t want to hear it”, because it reflects something ugly not only about the work, but the person using the line, “It’s just a…thing!”

← Lessons from the Aether: Sanderson and Worldbuilding a Plot
Weekend Roundup: April 14-20 →