Posted by ralfast on January 7, 2013 in On writing 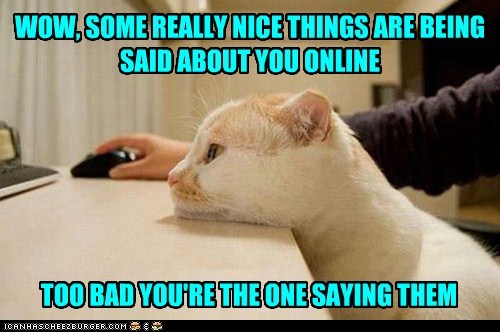 Deadpan Snarker in its natural habitat.

Ah yes, the Deadpan Snarker: Sarcasm Incarnate, Destroyer of Egos, and Lampshader Extraordinaire. The Deadpan Snarker serves many roles among them a voice to what the audience might be thinking, especially if the plot stretches credulity. The combination of lampshade hanging and humor can make the otherwise ridiculous acceptable to the audience. It is also another way to introduce humor without breaking the tone of the scene.

That doesn’t mean that the character is without flaws. He may come across as a coward who hides his insecurities behind humor or an arrogant bully who sees everyone else as being beneath them.  Then again, a good way to deflate or earn the snarkers respect is to beat him at his own game, or at least hold your own against him.

I like this character type and always have one or more of them or simply spread the its qualities to as many characters as possible. I like to call it “Veteran’s Humor” in that people who have experienced life altering events acquire certain psychological tools to deal with such situations. A certain amount of gallows humor helps. Also when you have experience life and death, you tend to be less impressed by such nonsense such as titles or pomp. You’re more likely to punch a few holes in inflated egos when you know there is nothing but bluster and social positioning with little relevance to life constant struggle for survival.