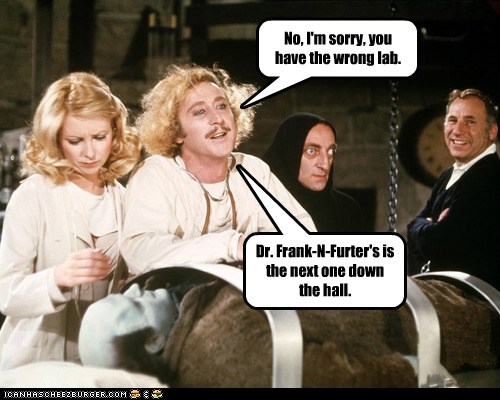 Tweet of the Day: Bring On The (Non) Kinck-Butt Sci-Fi Romance Heroines!

In the eternal quest to give stories the mythical “depth” everybody demands, writers often add, weave or pile on the subplots. They stem from Jenny’s dark years spent on the streets to Matt losing his mother at a young age. Or they could be political intrigue as war looms, the edge of divorce relationship between the President and the First Lady before a big summit or whatever else cares to throw into the mix.

You call these subplots, B-Plots, story threads, or the like. They are great in giving characters and stories depth by showing there is more to the narrative universe that just chase down the bad guy and kill him A-Plot.

This trope is when one of those little threads strangles the whole story.  Hence the malignant part in the name. It grows and grows until it muscles into the narrative, suffocating every other plot and many characters along the way. One moment you’re reading about the search of clues that will reveal the murderer, two hundred pages later, it is all about the detective missing kitten.

This trope is most common in long running series (TV ,books, comics) and extended movie/game franchises. Old writers leave, new ones come in, they have a different view of the material, don’t care about consistency or are simply mining fan approval. That is not to say that long runners should not evolve but when you lose sight of what the story was all about you got yourself a serious problem.

The best way to avoid this is to keep good notes handy.