Lessons from the Aether: Alien, Aliens, Jaws and Monstrous Shadows 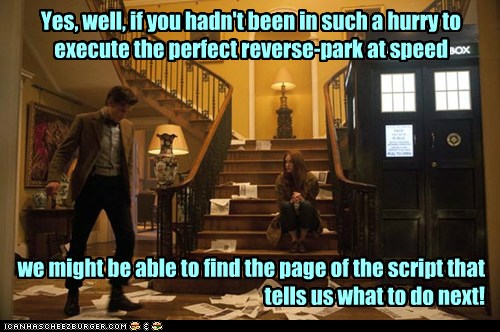 Tweet of the Day:  Ruthless Writing: Make Your Characters Hate You

These two horror movie classic from the late 70’s have one thing in common.

They don’t show the monster until the very end.

In the case of Jaws it was due to the fact that they could never get the mechanical shark to work properly in the water while in Alien it was a directorial decision to withhold the sight of the monster until the very end.  The effect was the same. What the screen avoided, the mind created. The viewers jumped at shadows, distant screeching and that awful beat that announced the next attack. Today, with screens brimming with CGI, directors forget that the most potent weapon in their arsenal is the viewers imagination. We fear the darkness, the unknown and unknowable.  It is the fact that we can not put a face to our fears that makes them worse. We know that we are afraid but we don’t know why.

But it is not enough to keep the creature in the shadows. Some proof is needed to convince the audience that “Here be Dragons and Dragons Be Scary!” So we have a baby alien burst through a crew member’s chest in the middle of dinner or a girl dragged, in a screaming fit, across the surface of the water. The panic was so palpable, that a mere sight of a fin sent hundreds of beach goers scrambling to shore in  wild panic and your heart raced along side them.

Writers can also use this trick in their books, with one caveat, after the reveal, the whole narrative changes. Once the monster has a face, it is something to be fought, escaped or defeated in some way. That was the reason that the sequel to Alien, was not a horror movie, but an action one. You still have nail biting moments, but from the get go, it was humans versus aliens and let the best life form win. The same reason why the last scene in Jaws was about how to kill the beast.

← Wizards’ World War (s.3) Dispatch 2: Discordia
Space for Rent: No Such Thing as a Golden Age →