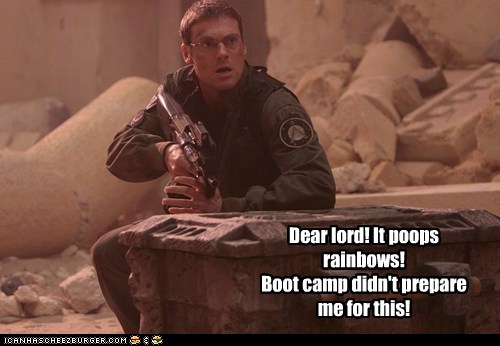 Tweet of the Day: Thoughts on Narrative Framing Devices

Not a lot of posting, but still a busy week. Lots of writing, mainly on my entry to the SFR Brigade Anthology (deadline January 1st, 2013, must be a member to submit). Hoping that my story makes the cut. You should check the site out or visit them at the Facebook fan page. Great bunch of writers and lovers of all things sci-fi. Don’t let the R(omance) in SFR scare you.

There you go, short but sweet. Until then, see you on the flip side!

I almost missed out on this. I thought I had said everything that needed to be said on the subject.

Then I remember that we are still in the silly season.

I mean, really, cut funding for the Corporation for Public Broadcasting? On what grounds? What was that, “liberal bias” you say?

You mean all those shows like Frontline that actually deal with those troublesome things call facts?

And what does that have to do with banning books?

It is the same impulse to control information, by claiming that certain forms of it are harmful, mainly those that threaten to implode the confirmation bias bubble some people happily live in.  You know with shows about tolerance, or science or again, facts. Never mind that most of the funding for PBS comes from “Viewers Like You”.

Isn’t that like, you know, charity? I thought you liked charity?

Now I leave you with the ever brilliant David Mitchell: