Posted by ralfast on September 29, 2012 in Blogging & Blogs, Science Fiction 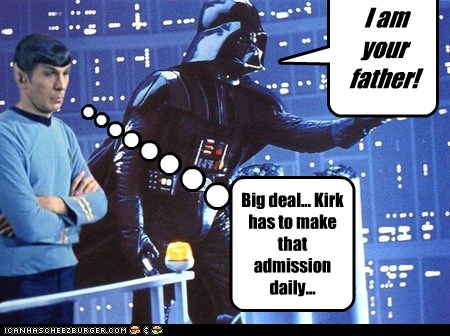 Tweet of the Day:  More Than A Vessel: Women of the Walking Dead

October is upon us and it is going to be a busy one for me:

Writing a novella for an SFR anthology (member only, but it is free to join),

And NaNoWriMo is around the corner.

I’m also rethinking my second novella. I gave in to the fact that the “villains” are far more interesting than the hero. I may, sometime next year, give Urban Fantasy a new try with a focus on “villain protagonist.” But that is subject for another time.  For now lets have a look at this week posts:

Well, that’s enough of that, let see what comes next.

Captain Galeena T’iala, my second in command, sipped her drink as I came into the room. She made multiple notations on a datapad. Her gun, an M-6 Carnifex with the letters V E R O stenciled in white block letters on the gun barrel, rested on the table among a stack of thermal clips. She poured me a glass.  The cool taste of cold red wine mixed with fruit and soda flooded my throat.

“Chilean wine, from Santo Santiago,” she said, her crystal blue eyes fixed on the pad.

“And tupo berry juice. Isn’t that a bit a girly?”

“…would be a smear in the nearest wall right about now,” I finished with an even wider smile. “But I got to admit, those monks do know their wine. So what’s our status?”

She rested her chin on her steepled fingers, “All units performed as expected although mech losses were higher than projected.”

She punched some figures into the pad, “Air support was slower than expected.” I didn’t notice any delay, but in the zone the mind prioritize inputs.

“I’ll talk to Rodan about shaving a few seconds from his response time,” I said.

“Already done. He insisted that I tell you that the first aerospace wing is ready for deployment.”

“Good, the first escort carrier is out of the yard. We might have to switch construction of the second batch to a Quarian shipyard. Tyr is filled up with Alliance orders, something about a new line of frigates. My old contacts at Alliance command told me there might be a deployment gap’ this year. They ran their existing ships ragged and the construction schedule has slipped again. That means more pressure on us to fill in the gap.”

“The investors won’t be happy.”

“No, but I’m guessing today’s op will convince them we are on the right track. Invest on defending their corporate assets or watch pirates strip them bare. Still means going back to Bekenstein hat in hand.”

“Of course,” she said. A slight quiver in her voice, and ten years of working together, told me something was wrong.

She leaned back on the chair, “It’s… it’s an anniversary of sorts, Sir.”

I locked the door with my omni-tool, “Theo.”

She shrugged, “Twenty years and two days,” her hand rested on the pistol. “I married my Veronica in a villa on the shores of Lake Como.” She slammed a fist on the table, “Damn bastard Udina took her away from me.”

I caught a thermal clip that rolled off the table, “What happened?”

“When Cerberus hit the Citadel they hunted her down. I mean, a human diplomat with an Asari bondmate…I didn’t find about it after the war was over, but they told me she put a hell of a fight.”

“Better standing up that on one’s knees,” I said.

We raised our glasses, “Cheers to that,” she said. The color drained from her eyes.  Haunted grey pools stared back at me. “And you, Sir?”

“The Reapers. Forget I said anything.”

“Yes, the Reapers,” in my mind’s eye I saw a red beam shred the foundation of office building. It tumbled into English bay like the proverbial house of cards and took a part of me with it. Almost everybody alive today had lost a Veronica or Helena.

“I think that’s why so few of us, Asari I mean, make it to Matriach. We die from broken hearts. Those that you love always leave scars behind.”

“Who wants to live forever?”

“Bitches,” she threw in.

“And bastards that we are.”

She slid the datapad across the table.

“It’s about the prisoner, Sir.”

I read the report, “A batarian abolitionist?”

“And our source or at least one of them.”

“So what do you want me to do about it?”

“Arrange transport off world. We need to put him back into circulation as soon as possible. Without the abolitionist help we will lose advance warning on slave raids.”

I thought about it. This was Galeena bread and butter. Her sources were solid. Without them, toady’s op would have failed.

“It explains the shot on the shoulder. Somebody managed to put two and two together,” I said. She nodded. “How soon can he be back in business?”

“Don’t know, Sir. The less I know about my sources’ methods, the better.”