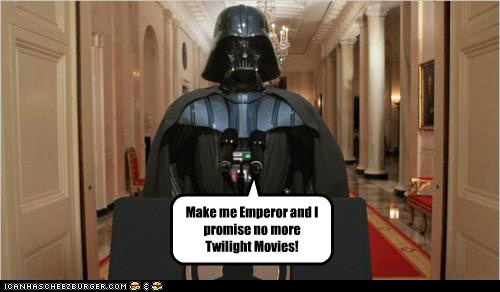 Tweet of the Day: Some Mechanism Underlying Narrative Tension

Wait, what was that last one?

:of, relating to, or involving a confidence or trust: as

a :held or founded in trust or confidence

b :holding in trust

c : depending on public confidence for value or currency <fiduciary fiat money>

You probably know about the “paid for review” scandal, or the “create phony accounts on Amazon to hype one product and demean others” scandal, or the cozy relationship between the media and politicians or….
It all boils down to trust.
Let’s take my old whipping boy out of the corner of the closet I dump him in: Mass Effect 3.  One character in particular:

Meet Diana Allers, voiced by and modeled (maybe the face, I guess) on one Jessica Chobot. And who is Jessica Chobot? From Wikipedia:

Chobot gained exposure when a tongue-in-cheek modeling photo of her licking the Sony PSP appeared online in 2005. The photo has been widely parodied since, even appearing on Sony-branded advertising.[4] Supplementing her love of video games is an obsession with Japanese culture, specifically anime and manga.

In 2006, Chobot was hired full-time by IGN.com to take over hosting responsibilities for the network’s IGN Weekly show which is still running. Her segments included stand-up introductions as well as “woman-on-the-street” pieces. Starting in 2009 and ending in 2011, Chobot hosted a daily show entitled “IGN Daily Fix”; the first episode aired March 23, 2009. In addition, she contributes columns, features and reviews and runs a blog on IGN. Chobot is also a former contributor to FHM UK, Mania.com, and has made multiple appearances on G4‘s “Filter” and “Attack of the Show!“. She has also hosted a videogame preview segment for Fuel TV’s, “The Daily Habit,” and co-hosts on Lifeskool TV’s, “Gamer’s Dojo”. She also contributes as a weekly guest on Maxim Radio, where she answers caller questions for an hour each Monday.[citation needed] Chobot and Ryan Dunn starred in Proving Ground, a program whose airing cycle was disrupted by Dunn’s death in an automotive crash on June 20, 2011 after the end of production; the program was pulled from airing for a month before returning to finish its run beginning on July 19, 2011.

Not exactly a reporter or reviewer of games, but someone “in the industry” on the side of gaming websites that are at the core of the gaming “journalism”.  Apparently someone at BioWare (the games creator) or Electronic Arts (the studios parent company) thought it would be a good idea to throw a bone to the gaming websites by having her on the game. No surprise when the whole ending mess exploded all over EA’s lap that the “media” rallied around the company and that Chobot joined the chorus of attackers who trolled the Retake Movement calling them “whiners” and “entitled fan boys” who had no right to ask for the product they payed for.  Chobot apologized for her words in a later post, but the damage was already done.

Hence the title of this post. The gaming sites need a steady stream of interviews, behind the scene pieces and trailers as content. Without it they become old news. And the companies crave the “buzz” created by these sites, plus the review numbers generated by these sites. Some companies even grant or deny bonuses based on the Metacrtic scores. They need each other and the consumers be dammed. They will, so both side figure, mindlessly consume whatever is fed to them.
It gets worse when others “industry insiders” like gaming webcomics or machina studios (Penny Arcade/Rooster Teeth) jump into the “this stuff is great and you suck for even daring to say otherwise” bandwagon.  I find Penny Arcade’s case especially galling , so much so I dropped the site and will not link to them. When the game came out, the artist not only defended with what would become industry talking points about “classic science fiction” (without a single mention of any such classics) but then produced a comic mocking the fans in the most insulting way possible.
It turns out that they had no choice about. For you see a few companies commissioned art work from them, among them BioWare. So they have business ties with them. But it goes much further than that:

The Penny Arcade Expo (PAX) is a series of gaming festivals held in both Seattle and Boston. PAX was created by Jerry Holkins and Mike Krahulik, the authors of the Penny Arcade webcomic, because they wanted to attend a show that gave equal attention to console gamers, computer gamers, and tabletop gamers.[citation needed]

Created in 2004, PAX has been hailed as celebration of gamer culture. Defining characteristics of the festival include an opening keynote speech from an industry insider, game-culture inspired concerts, panels on game topics, exhibitor booths from independent and major game developers and publishers, a LAN party, tabletop game tournaments, and video game freeplay areas. Every PAX also features the Omegathon, a festival long tournament consisting of a group of randomly selected attendees competing for a grand prize. The final round of the Omegathon makes up the closing ceremony of PAX. Past games for the final round have included Tetris, Pong, Halo 3, and Skee ball.

After many successful years of PAX, in 2010 the first PAX East was held in Boston with attendance levels that rivaled those of PAX 2009. From then on, the original Washington festival was referred to as PAX Prime in order to avoid confusion between the two. In 2011, 2 days before PAX Prime, a much smaller developer only event was held for the first time. Referred to as PAX Dev, the supplemental event was created as a forum where “developers [could] speak freely and focus entirely on their trade”[1]

Simply put, you don’t shit where you eat, son, but feel free to fling poo at the gawkers who payed to see you make faces (and feces) in your gilded cage. Which brings me back to the first quote on this page.

To the consumer, be careful who you trust. That one was easy. It’s on the content creator side that things get tricky. We want people to read our blogs, buy our books, rave over our games. It is how we make (or hope to make) a living. Nothing wrong with that. But when you start gaming the system instead of delivering a quality product, you might get away with it for awhile but then stuff like this happens:

In a shock move Ray Muzyka and Greg Zeschuk have announced they are to leave both BioWare and the games industry as a whole. The exact reasons are still unclear but the news comes just a day after Dragon Age III was announcedand just as two other new games are revealed – including a new Mass Effect.Although the natural assumption is that the two doctors (the pair met while getting their medical degrees) had become frustrated at the corporate culture at EA, they had nothing but praise for the publisher in their leaving messages.But despite a lengthy blog entry each there’s little explanation for why they’re actually leaving.
Read more: http://www.metro.co.uk/tech/games/912420-new-mass-effect-confirmed-as-bioware-founders-quit-gaming#ixzz277RDfWwi

I have a few guesses as to why.