Posted by ralfast on September 9, 2012 in On writing 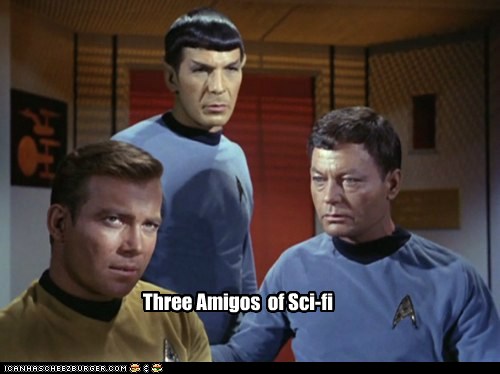 The very act of reading involves, at some basic level, analysis of what is being read. And with that analysis comes a series of questions which can help/hinder the narrative. They come in three broad varieties:

I may have posted about the first two in the past, but I’m too lazy to check, so lets recap.  The first type of questions are those that need to answered to make the narrative work. For example, if you are writing a murder mystery, the question that the text must answer is, “Who did it?” Inside that question there are other questions such as where, how,with what and why? These are the questions which keep the narrative going. Failure to answer them properly will drop the story into the nearest plot hole.

The second type is the ones that come up during reading or that the author deliberately left unanswered because they need not be answered.  They are either part of the process of suspension of disbelief, or are about minor matters that either may be tackled in the future. The reader might wonder who/what  X is, if X is a minor character or event that exists only to give flavor to the narrative.  This is the kind of question that will launch a million pages of scholarly study and send thousands of students scratching their heads while answering essay questions but are not really relevant except to the hardcore fans/critics.

Then you have the questions that are really non-questions. Somebody may have asked them, but really the author need no answer them and any attempt to do so will do more harm than good.  You might call this “The Midiclorean Effect” after the microbes that supposedly give the Jedi their powers in the Star Wars prequels.  After about a third of the Empire Strikes Back explaining to Luke (and through him the audience) what da Force is, we get Qua Gon Qin telling us that this mystical field come from some blood parasite or some such.  Except we didn’t need to know that. The existing explanation sufficed. Either you accept it or not. Not only that but the “answer” derailed our understanding of da Force and opened a can of worms about what was it, how did it work and a bunch of other things that simply broke the universe.

Point is, not all answers raised by the narrative need to be answered and those answers can be more trouble than their worth.